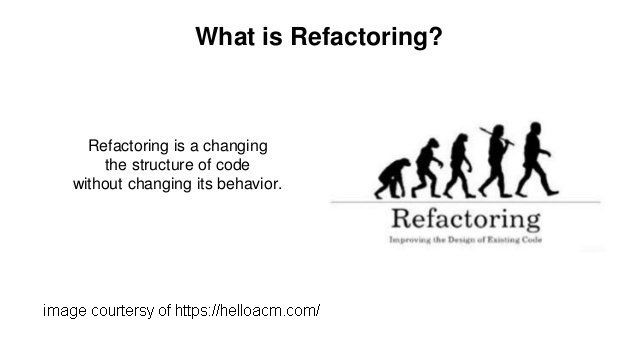 Even bad code can function. But if code isn’t clean, it can bring a development organization to its knees. (Robert C. Martin)

Read a story here about how an organization brought to its knees launching software that was buggy.

An organization does not always have to start software development in the cleanest way possible.  Deadlines, stakeholder pressures, there are tradeoffs that need to be made to launch a working software, including its inner quality.

At one point later, these technical debts need to be paid, by refactoring the code, improving its internal quality without adding features.

Technical books mostly explain refactoring from a technical perspective, but implementation in a project where multiple regionally distributed teams are involved requires several other perspectives which are not written in technical books.

Here are the lessons that I learn from our refactoring: